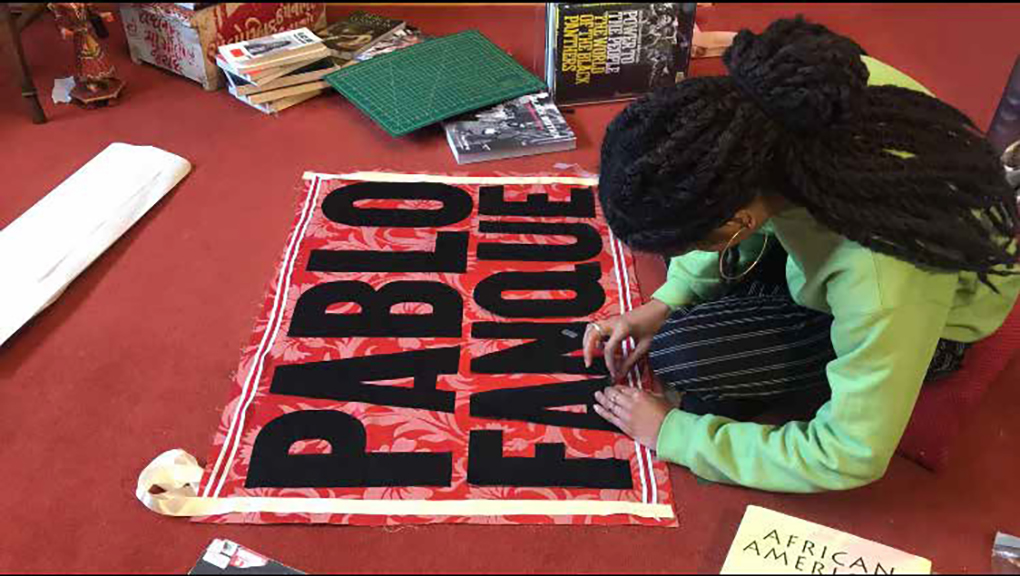 Using Stuart Hall’s theory of representation and Roland Barthes’ semiotic theory, I undertook an in-depth investigation into the different methods of creating visibility and representation for Black-British history. I experimented with the medium of public monuments and memorials, as well as exploring the current education curriculum.

Black people made a significant contribution to British society; however, these contributions have been left unrecognised. While completing extensive research into the different ways to showcase Black-British history, I noticed frequent silent gaps in the timeline. In this project, I’ve adapted the cultural technique of quilting to give visibility to the many unrecognised Black people that contributed to British society during the 17th and 19th centuries. I aim to dismantle the “single story” which suggests that Black people only arrived in Britain after World War II in the 1950s during the Windrush period. I also want to dismantle the idea that Black people in Britain during the 17th and 19th centuries were only of a subservient status.

In addition to producing a five-metre-long quilt, I created an accompanying online directory where the audience can discover the stories of the people featured on the quilt. They can also submit anybody else who they feel deserves recognition. For the quilt, I decided not to hem the fabric so it remains incomplete, symbolising the many people that are yet to be discovered and added.

In addition, I acknowledged the need to tackle the root of the issue behind the lack of visibility and representation. I revisited my initial research into the lack of Black-British history within the current UK national education curriculum. I developed accessible educational resources on various topics within Black-British history to be taught in schools and online to young children. Through this project, I’m evidencing the power and responsibility that designers have in creating work which influences attitudes towards groups of marginalised people. 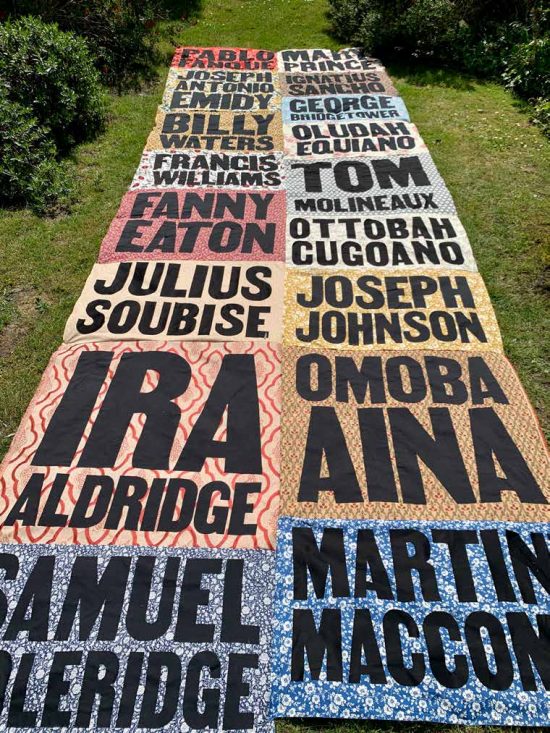 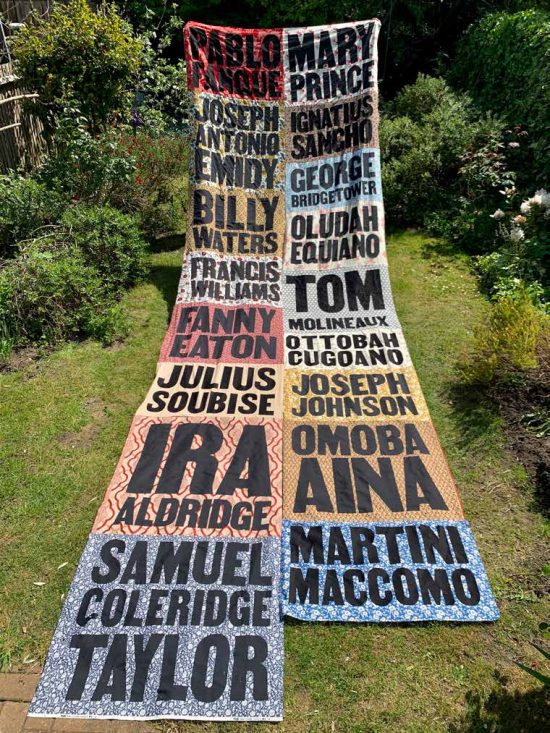 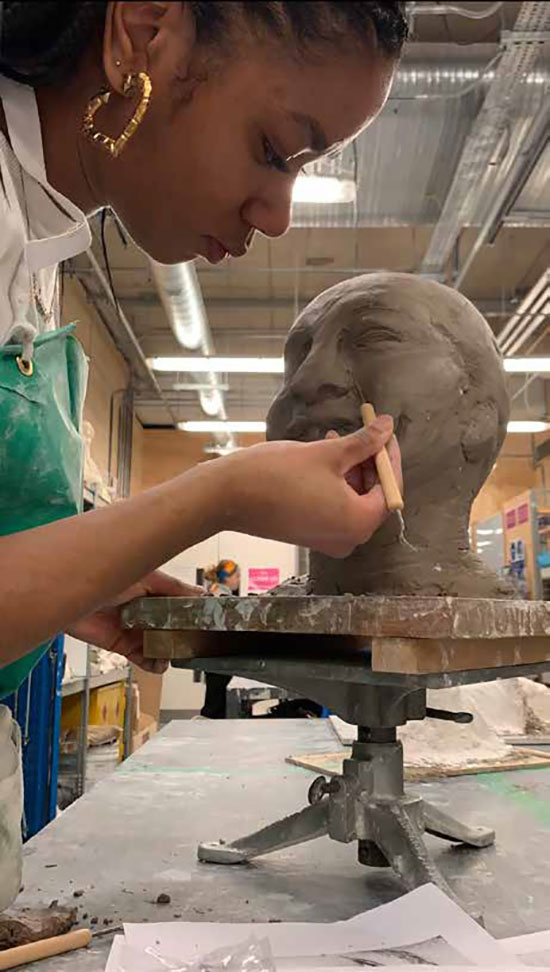 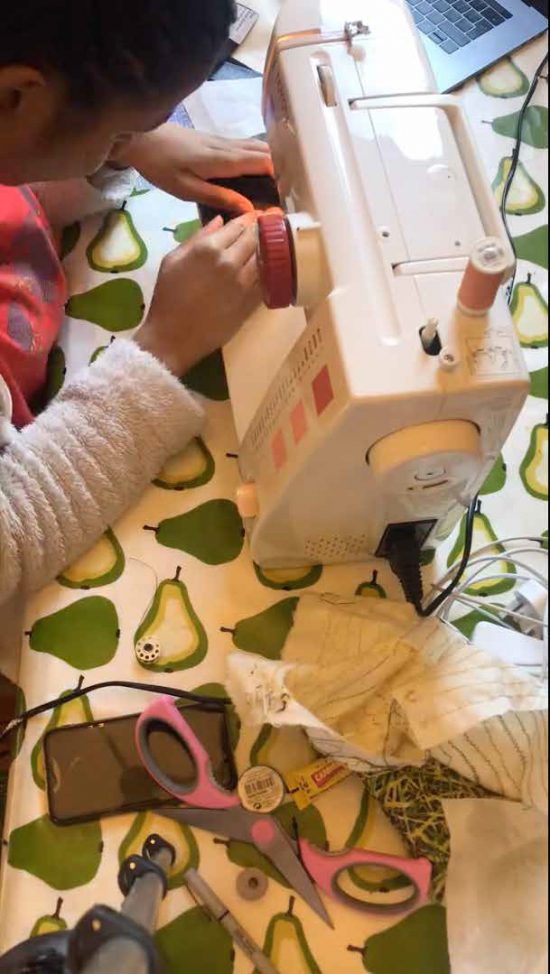 Thank you for taking part in YourNOVA – your vote has been received!

Remember, you can vote once for each shortlisted work and can change your vote at any time so feel free to keep browsing. Please refer to the voting instructions at the top of this page for more information and T&C's

Thank you – your vote has been removed.

Remember, you can only vote once for each shortlisted work. Please refer to the voting instructions at the top of the page for more information and T&C's.

Your vote could not be stored or removed. Please refresh the page and try again.

Your vote was not saved

It looks like you have already voted for this artist.