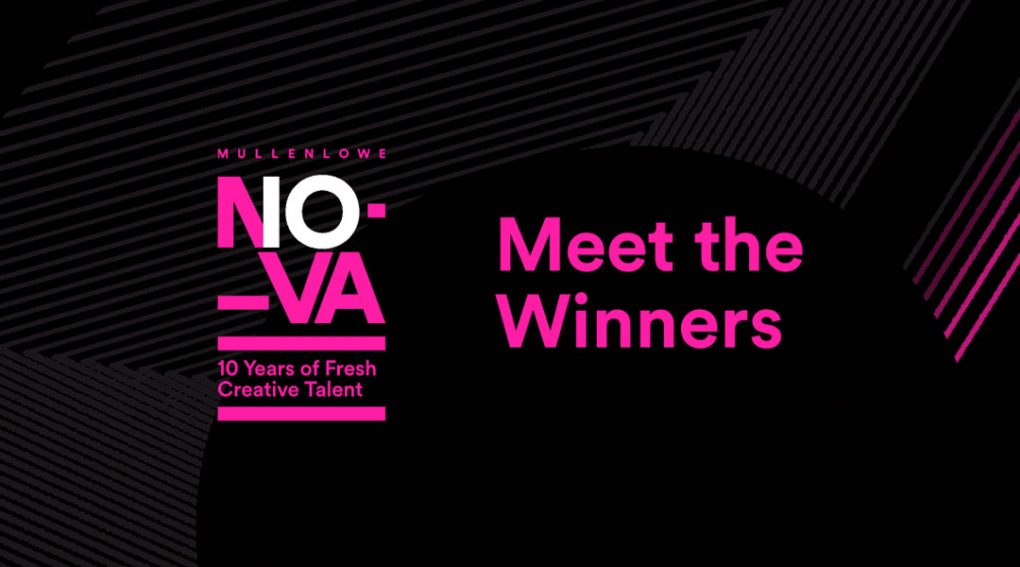 Back for its 10th year, the MullenLowe NOVA Awards – formed to support emerging talent, creative excellence, and innovation – has revealed the winners for 2021. And if you’re looking for design ideas that are truly pushing the boundaries of creativity, you’ll find them right here.

The winners of the awards, which are organised by MullenLowe Group in partnership with Central Saint Martins, were announced in an online ceremony this Wednesday. And this year saw a MullenLowe NOVA Awards’ first: the debut of the Creative Boom Conscious Award, sponsored by this very website.

The overall winner, runners up and recipients of both the Unilever #Unstereotype Award and Creative Boom Conscious Award were chosen by a panel of expert judges, including Creative Boom editor Katy Cowan, while the YourNOVA ‘People’s Choice’ Award was chosen by a public vote.

“This year, the work from both the winners and all of the shortlisted students has been extraordinary,” said Jose Miguel Sokoloff, Global President, MullenLowe Group Creative Council and MullenLowe NOVA Awards jury president. “Not only did the winning projects challenge the judges to view creativity through a different lens, but the work was bulletproof. It was relevant, tested and, in most cases, can be put into production tomorrow with infinite practical uses.

“I’m continually amazed at how connected the students are to the world around us and how they’re engaging and reacting with purpose, and this year was no exception,” he continues. “A lot of the work this year delved into the issues humanity is facing – from waste and recyclability to period poverty and mental health – and the students asked some very interesting questions and offered clear, tangible, and innovative solutions to problems touch every one of us.”

Read on to view the winning projects and learn how they were created. Meanwhile, if you’d like to learn more, then check out ‘NOVA X’, an exhibition to be held as part of the London Design Festival this September. This show, presented by MullenLowe Group and Central Saint Martins, will celebrate a decade of award-winning creative practice and share how past winners of the MullenLowe NOVA Awards have propelled their careers beyond the educational environment.

Now, on with the winners. 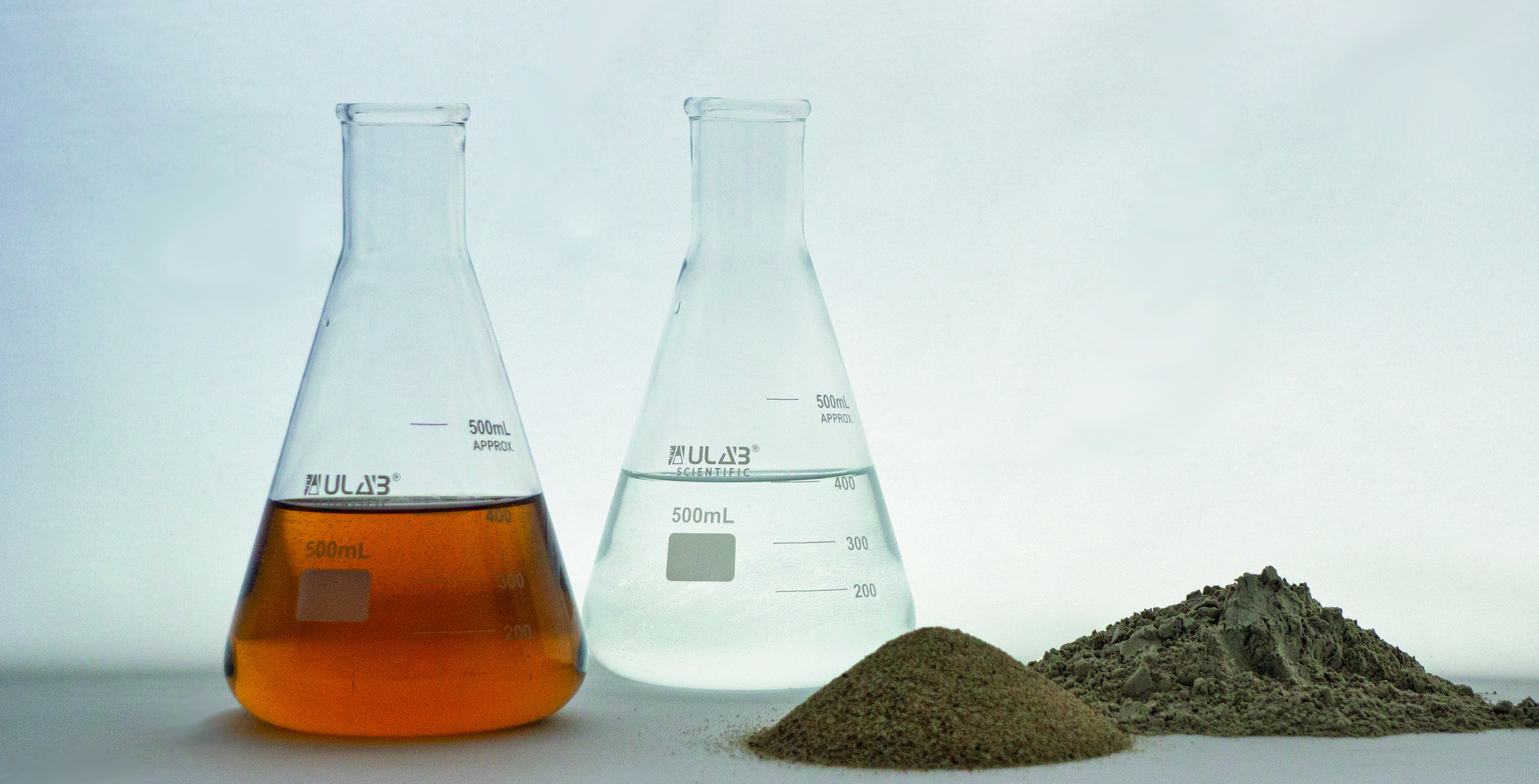 ‘BacTerra’ is a project proposing the use of bacteria to create alternative ceramics that are self-fired and biologically glazed. By providing a making process where ceramic waste and living organisms are the main ingredients, Nikoleta Crysikou hopes to start a conversation about the promising possibilities of biotechnology within pottery.

“Pottery is a universal craft that has endured for thousands of years,” says Nikoleta. “But while people have mastered this craft and optimised the material, its production method has remained relatively unchanged. It’s currently seeing a huge surge in popularity as a creative and harmless escape from the stresses of contemporary life.

“But if we unpick every aspect of ceramics, we identify quite a few problematic areas. One of them is the energy-consuming and carbon-heavy kiln-firing process. What if we could find alternative ways of creating ceramics: ceramics that don’t require kiln firing; ceramics made by living organisms and biological processes?” 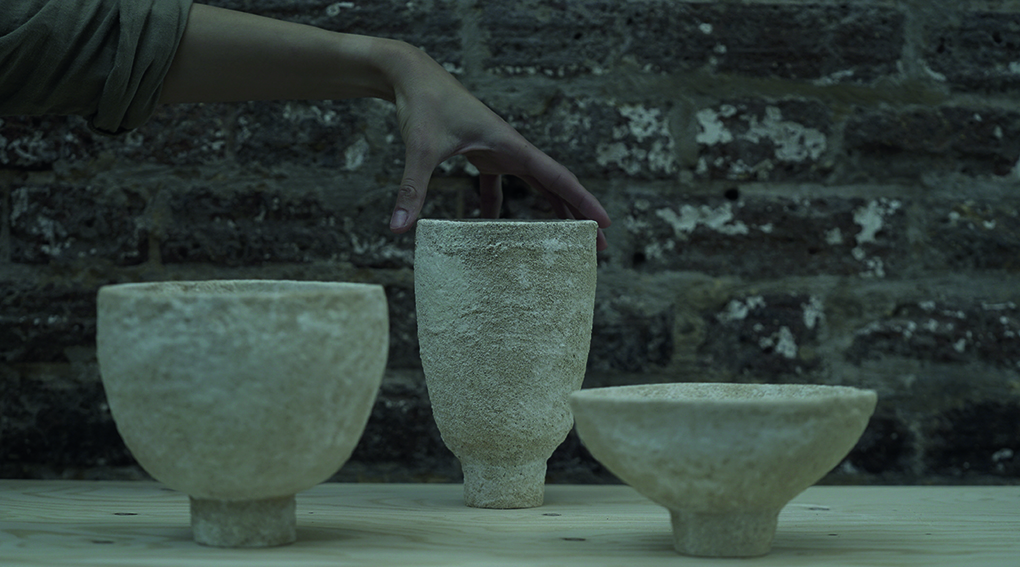 As overall winner of the 2021 MullenLowe NOVA Awards, Nikoleta will receive a cash prize to help pursue her practice. “I feel really happy and grateful to be named the winner of the MullenLowe NOVA Awards,” she says, “not only for the recognition and endorsement within the art world and wider industry but because I will be able to communicate my project to a bigger audience.

“The prize money will enable me to scale up my project from a home-based workshop to a bigger workshop, and it will give me the opportunity to research the project more, to develop and optimise the material and method. Hopefully, it will start a conversation with other makers and industries about how we can collectively reimagine the future of ceramics and traditional crafts.” 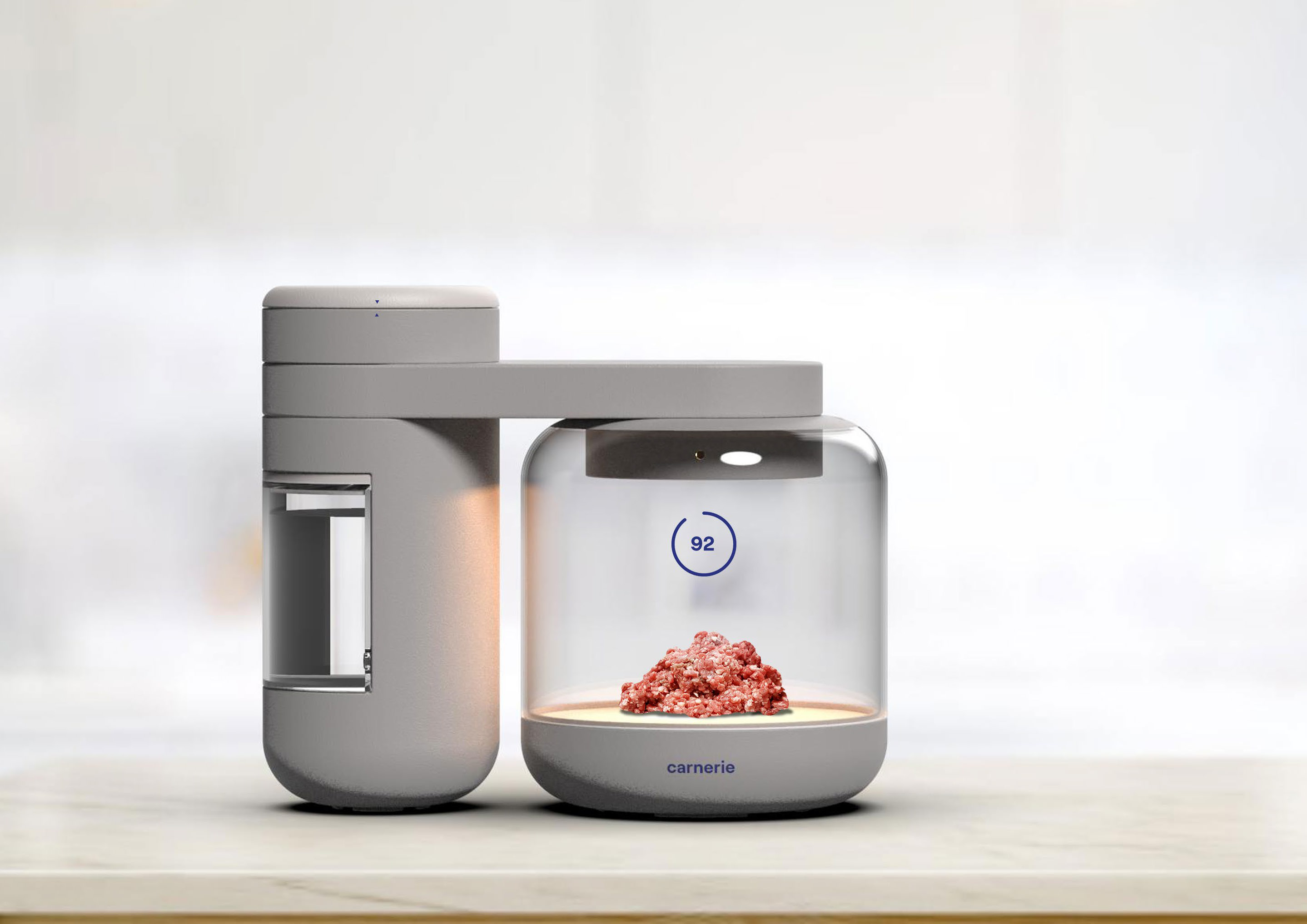 This conceptual, speculative project by Alice Turner is designed to help us visualise what a post-meat society might look like and whether it’s a future we’d buy into. ‘Carnerie’ is an app-controlled device that lets you order cell capsules from local farms to grow different types of meat.

“Throughout this project, I’ve been inspired by home-brewing devices,” says Alice. “The process of fermentation is very similar to that of growing meat, as is the localised, experimental nature of beer brewing. ‘Carn’ is the Latin root word for meat, so while beer is brewed in a brewery, meat could be grown in a ‘carnerie’.

“This conceptual, speculative project is designed to help us visualise what this future scenario could be like and whether it’s a future we would buy into. By exciting, shocking or even repulsing the viewer, it enables us to question our existing meat consumption habits and whether they need to change.” 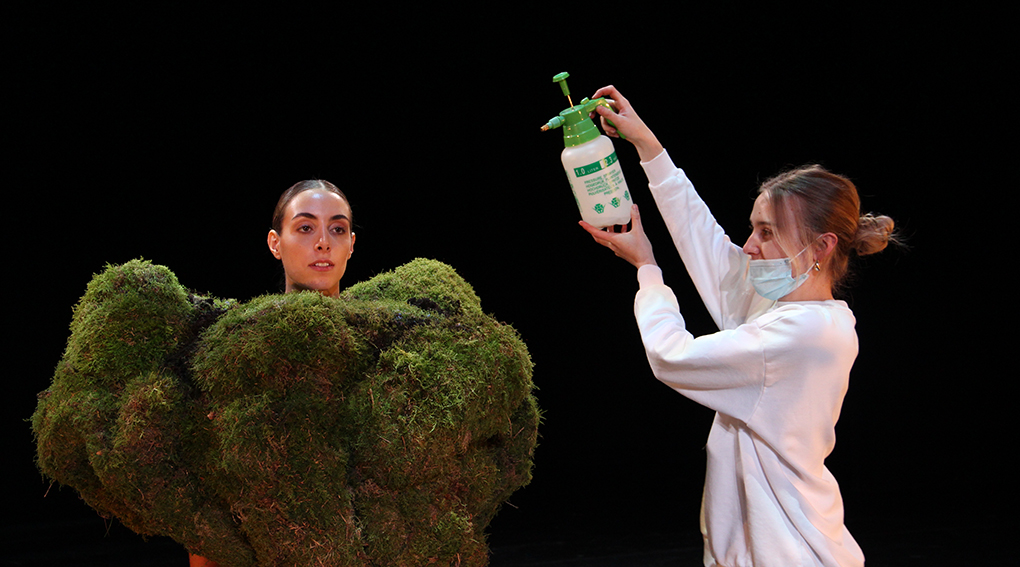 Inspired by organic materials, ‘FEN (Growing Garments)’ is a growing piece of living art made from curveleaf hypnum moss foraged from Lydia Hardcastle’s local countryside. The aim is to bring nature and greenery into people’s lives in ways they’ve never experienced before, with the hope of promoting positive wellbeing.

“This project has taken me on a wonderful journey,” says Lydia. “It began when I successfully grew cress seeds in cotton wool during the lockdown. I wondered if I could incorporate this concept in a costume. After months of experimentation, I found the perfect material and environment in which cress can thrive. I then created a knitted garment and grew over 25,000 cress seeds in it. It was not only texturally beautiful, but the smell and wet feel of the cress and its roots mesmerised me.

“This became more than just a visual costume – it was a sensory experience,” she adds. “It began an astonishing journey for me, where I started to understand the importance of nature to our mental health, and people’s inaccessibility to green spaces during the lockdown.” 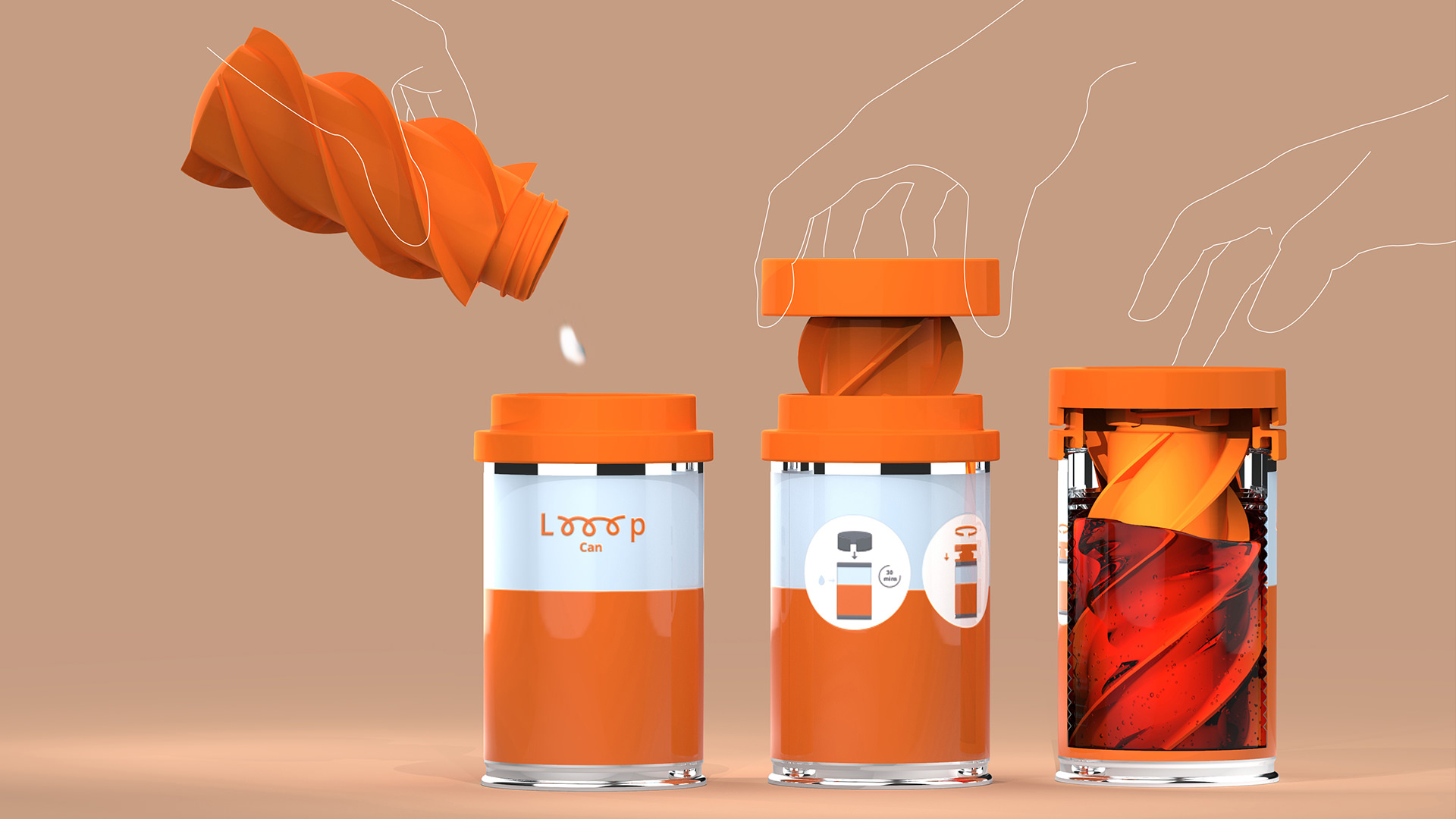 Inspired by Buoyancy Force, ‘Looop Can’ is an NGO project to provide a cleaning kit for washing reusable menstruation pads. The aim is to reduce period poverty for refugees in water-scarce regions or asylum seekers in financial difficulties.

“Almost 60% of female refugees suffer period-poverty problems as they spend their limited funds on food or nappies for their babies,” says Cheuk. “A washing kit for reusable sanitary pads will benefit not only refugees but also people who have limited finances and insufficient education about menstrual health management.

“It can be used to wash a reusable sanitary pad with 500ml of water,” she continues. “Looop Can provides baking soda to help remove bloodstains with this natural cleaning detergent. Even wastewater can be discarded into the natural environment as the period blood, and baking soda provide extra nutrients to plants. ”

Instead of completely creating a new kit from scratch, Looop Can recycles a steel can into the design process so that users can replace their can if they find the old one starting to rust or become damaged. With injection modelling, the expected total cost is around £3 for the whole set, including the washing parts and pads. 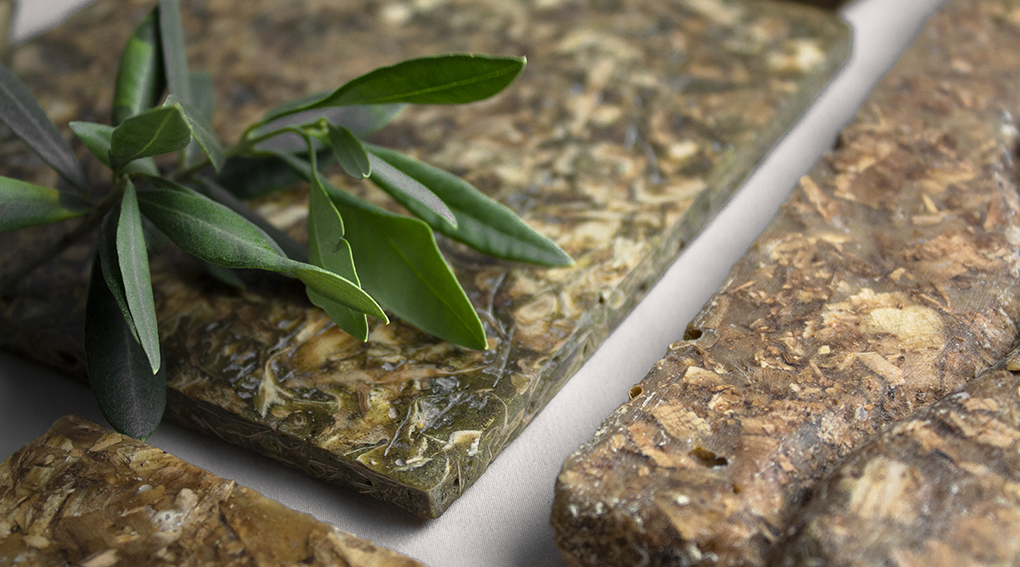 The winner of the inaugural Creative Boom Conscious Award, Ulïètu is a collection of surface panels reflecting the traumatic effect of Xylella fastidiosa, one of the most dangerous plant-pathogenic bacteria in the world. This project presents an intelligent and sustainable use for these wood chips, avoiding combustion and taking advantage of the residual material properties in large-scale contexts. This preserves what remains of the Apulian olive trees, giving them a second chance at life.

“The bacteria are spread by the spittlebug, which can fly long distances, reaching almost 1.4 km in a single flight,” explains Francesca. “According to the European Food Safety Authority, 563 species are susceptible to infection. Xylella bacteria started spreading in southern Apulia, Italy, in 2013, caused by the importation of an infected Costa Rican coffee plant in that area. Since then, half of the Apulian olive trees have died of xylella, precisely 21 million trees.

“Subsequently, olive trees in southern France, Corsica, Portugal and southern Spain have been infected too,” she adds. “According to the EU and Italian Commission Implementing Regulations of August 2020, to prevent the spread of the bacteria, the infected trees must be immediately eradicated by being passed through a woodchipper and then burnt.”

“Francesca impressed with her simple yet impactful idea that turns these wasted wood chips into a beautiful surface material for the built environment,” says Creative Boom editor and MullenLowe NOVA Awards judge Katy Cowan. “It’s something that could immediately make a difference while encouraging architects and designers to really think about the materials they specify for their projects. Francesca’s clever idea represents our award perfectly: it’s a project that ensures lasting positive change.” 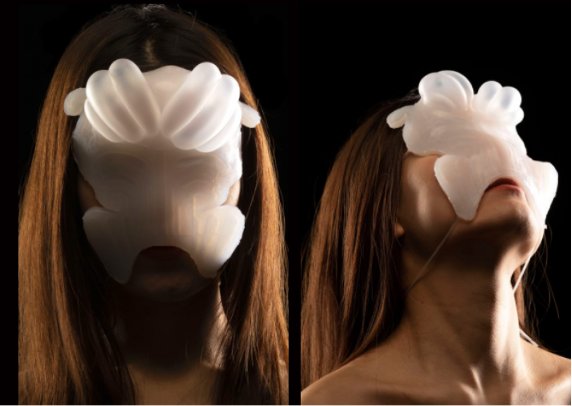 Jann Choy’s shortlisted project is an experimental mask that explores the relationship between our online personas and offline selves. The concept and design are heavily inspired by Chinese face-changing opera art and online avatars, merging cultural tradition with modern technology.

“Liǎn responds to your real-time online emotions using code and soft robotics,” says Jann. “Sentiment analysis, a form of machine learning or artificial intelligence, is performed on your online interactions. If you post, like or comment with something positive, it’ll return a positive score, inflating the part of the mask that represents a positive front. Conversely, if it’s negative, it’ll inflate the corresponding area.

“Wearing this silicone mask displays the dichotomy between one’s real versus online facial expressions. The inflation changes the structure of the mask, creating an avant-garde form in line with the theatrical nature of online personalities. Liǎn doesn’t act as a criticism – rather, it’s an inquiry into our online manifestations.”