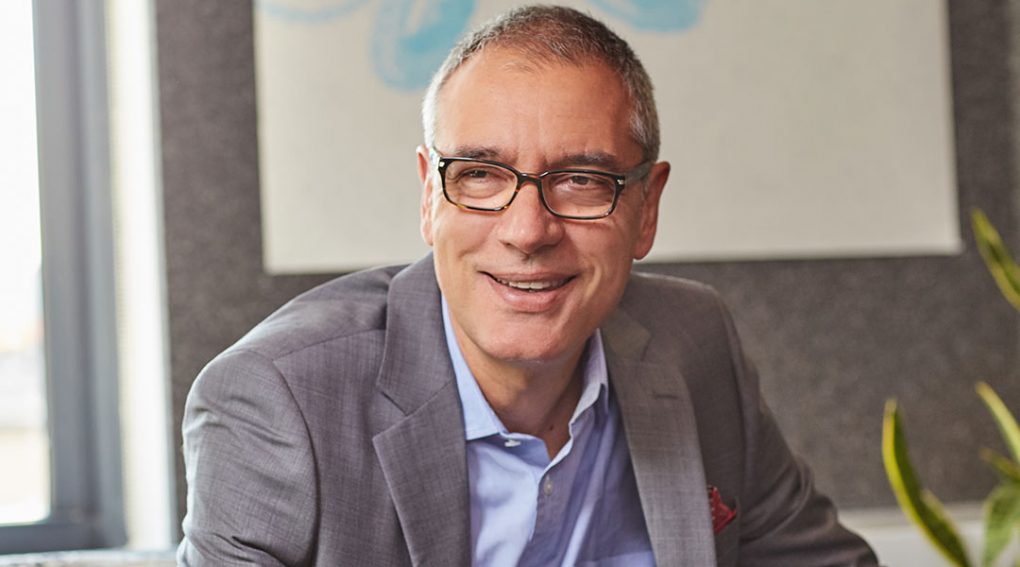 Jose Miguel Sokoloff is one of the most internationally awarded and respected advertising creatives and peace proponents in the world today. Employing a soft approach instead of a brute force for effective behaviour change plays a big part in his work, which addresses cultural and societal issues in ways that transcend borders and challenge norms.

Native to Colombia, Jose Miguel’s most recognised work for the Colombian Ministry of Defense propelled him from advertising creative to cultural figure. Over the last decade, his work to demobilise the FARC Guerrillas of the Colombian jungles, for example, has been a powerful driver towards reaching peace in the country.

Today, he acts as Global President for MullenLowe Group’s Creative Council where he leads the entire network’s team and focuses on Group integration, collaboration and growth. Now, this summer, MullenLowe Group is continuing its partnership with Central Saint Martins for the eighth consecutive year, sponsoring its annual Degree Shows and presenting the MullenLowe NOVA Awards for Fresh Creative Talent. We spoke to Jose Miguel about this and much more.

You’ve achieved so much throughout your own career. What has been your proudest moment to date?

I’ve had the opportunity to work with incredible people throughout my career, but my proudest moment happened only a few weeks ago. I was at home in Bogota and discovered that the agency I founded, was going to be “Agency of the Year”. These were kids I had mentored for years and they have turned the business into something better than it was ever going to be with me, so I was very proud of them and what they have achieved.

What was it like growing up in Bogota? How do you think that’s influenced your career?

Up until a certain point, there wasn’t a day in my life when my country wasn’t at war, so it was an interesting place to grow up. But growing up there really influenced my career path. I was meant to work in the family business but when I walked into the advertising industry, my whole outlook and my self-esteem changed, because I found something that I loved doing. I was always told at home that whatever I wanted to do, I had to be really good at it, so that’s what I did, and have done ever since.

How did you get into advertising?

It certainly wasn’t a traditional route in. When I was at business school, I had to do a six-month internship. The one I was doing was very far from home, but a friend of mine was interning at Leo Burnett, which was only a block from my house. When I told him I wanted a job there, he said, “come in for an interview”. So I went, had my interviews, got the job and thought “this is great, I’ll be here for a year”, and then never left!

In 1996, you launched your own agency, SSP3, with three partners. You fast became a leading force in creativity in Colombia. How did that come about?

When we launched the agency we wanted to put the message out that we were going to be something that was 100% about creativity, and that’s what we did. We never followed a special formula, we just wanted to be different and the best in what we do.

Today, you lead the creative team at MullenLowe Group UK, and under your watch, the agency has enjoyed much success. What makes a great leader?

I think a great leader has a belief in a bigger purpose, in an ideal. This is something we should all follow to give us the drive to create advertising that can really make a difference.

You’re a force for good in an industry that often gets a bad rap. Can advertising make a positive difference?

Advertising is a very powerful force and is one of the most powerful tools for change that we still have in our very own hands. If you do it in the right way, it can change so many things. But you cannot force someone to change, you have to convince them by being soft, by being intelligent, by being clever.

How have the creative industries evolved in your experience?

Brands are getting more involved because consumers have more power over them, and can be more rigorous and selective about the brands they buy. They want brands and products that work exclusively for them. They aren’t looking for a generic or simple solution and know there is a huge variety of options available so have become more specific about what they want. This has forced marketers to become more specialised, and the industry has followed.

What challenges do people face when entering the industry today, compared to when you first started?

Now, more than ever, we have to maintain the relevance of creativity in a market that is motivated by other interests and even more dominated by spending.

But the true value of creativity comes with working with what we have, so something I’ve always told my team is to think inside the box. If you imagine a tennis match, it’s full of court boundaries. It would be easier to play tennis without the grid and limits, but the beauty of the game lies in its rules and limitations, and in advertising that’s where true creativity can shine.

You’ll be supporting this year’s MullenLowe NOVA Awards. Is it important to recognise and celebrate fresh talent?

Absolutely. The MullenLowe NOVA Awards are about giving students a platform for recognition and supporting them to continue their work beyond the educational environment. It’s one of my favourite events in our calendar, as it’s very refreshing to be in contact with these brilliant young minds, to let them know what they’re doing is interesting, and that people care about what they’re creating.

For me, also, creativity from the students is creativity in the purest form, so sponsorship of the degree shows and presentation of the MullenLowe NOVA Awards is a great way for us, as judges and industry professionals, to experience different ways of thinking about creativity and problem-solving and then apply this to business challenges our clients might be facing.

The students come up with incredible solutions or points of view that we could never have thought of, which is why I love staying in touch with creativity at this level.

Any tips for those hoping to scoop an award?

We want to be surprised. We want to see things that our advertising minds cannot come up with. These students approach creativity through a different lens, and any work that surprises us, that provokes debate, and offers a different way of thinking, is going to catch our attention.

The winning work will have this element of surprise, communicate something that will start a dialogue and be a force for change and, of course, be skilfully crafted and executed.

Finally, what advice can you share for those starting out in the creative industries?

Don’t underestimate yourself. The best ideas can come from the strangest places and if it surprises you, run with it, as he who has the best idea will win.

For more information about the MullenLowe NOVA Awards visit www.mullenlowenova.com. The Degree Shows are open for the public to see the emergent work from Central Saint Martins students.

Degree Show One: Art is running from 23-27 May 2018, showcasing fine art in all its forms, from painting to photography and illustration to sculpture.