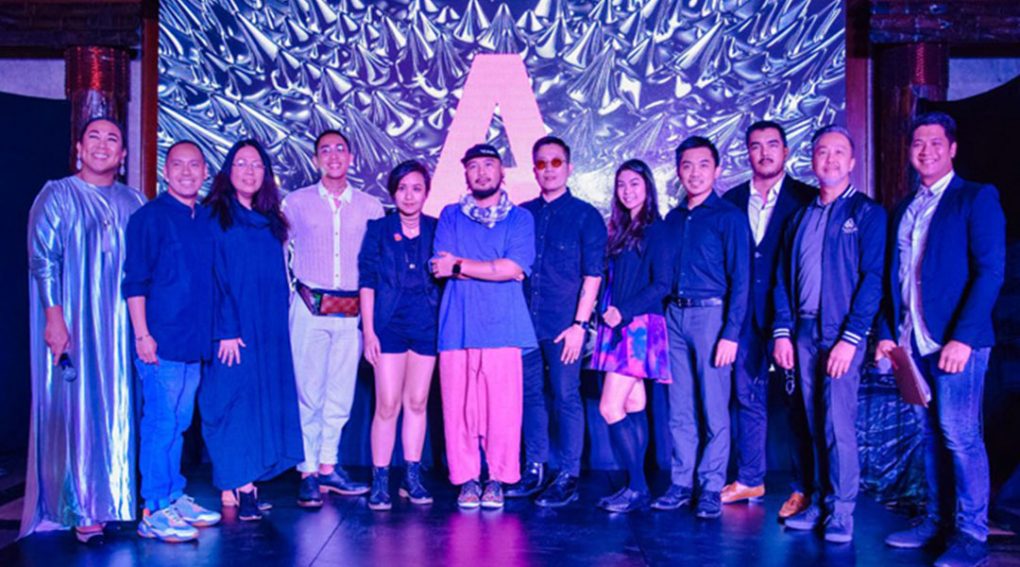 The finalists were hand-picked out of numerous submissions from various disciplines such as art, design, fashion, and photography.

Maco Custodio handcrafted sneakers called “Lalapatos” which are a part of his collections that is work of an art, sustainable and wearable. Pre-consumed foils were manually cut and folded into strips then the sneakers were weaved and assembled.

Dex Fernandez used silk-screened prints, balloon, and resin for his work “Particles” for the “fleeting” and the “temporal” which is when the balloon gets filled with air, bursts, deflates, then disappears. Through his ‘garapata’ aesthetic, his work was inspired by a medical scare and the “transient value of life.”

Through photography, chemical treatment, burning, scratching, and eventually, digital manipulation, MJ Suayan produced the “The Deconstructed Garden,” an intricate fusion between photography and painting which is “mysterious, distorted, majestic.”

AK Ocol built “Non-space, Panorama” which is three-carved panels of art which shows a panoramic landscape from overwritten data images; a “non-place” to be “institutional structures,” it depicts the “immortality of data” and its “eventual effect on history and culture.”

A symbol of the “quiet and violent clash between the modern and the natural world” with humanity as “suspect and victim,” Jerome Lorico created “The Labyrinth” as a commentary about “how man devices things to trap himself consciously or unconsciously, only to yearn in the end for a great escape” which is also in inspired by the myth of Icarus and Sisyphus.

With “Mon’s Drian,” a cold-worked and laminated optical glass as an ode to her father, Anna Orlina designed a piece with both her father’s and his favorite artist’s eccentricites in mind.

Harold Delima, Leslie Angbue-Te, and Jean Michael Diosma aimed to bring life to “beauty and wisdom of water” with their filtration system “Within Water: Beyond Water.” It makes the viewers of the art installation see the “artistry, transparency, reflection” to perceive “a deeper philosophy to life” beyond the “simplicity” of the filtration process.

Mamuro Oki and Abraham Guardian depicts “feeling neither joy nor sadness” in their artwork “Mama! Mama! I Feel Quaint” as an avant-garde piece with deconstructed mannequins, corded tubes, tulle, textiles, and cotton.

The nominees’ works were selected based on work that “questions society’s status quo and presents bold visions for its future;” “pushes the boundaries of making and stretches creative ability to its limits;” “truly innovative[s], in either concept, execution, or use of materials, addresses or solves a problem that society is faced with today.”

The Grand Prize, two Runners-up, two special prizes from our partners, and the YourNOVA ‘People’s Choice’ Award are the six prizes which will be given out. Included here are the Unilever Award winner and the Meralco Foundation Spark Prize recipient.

The grand prize winner of the 2019 MullenLowe NOVA Awards Manila will get to study in one of the leading arts, performance, and design college in London, Central Saint Martins – University of the Arts London for a short course program amounting to £700. Its notable alumni in the field of fashion and arts are Marc Jacobs, Alexander McQueen, Stella McCartney, Zac Posen, and Angel Locsin.

Kenneth Cobonpue, Leeroy New, Len Cabili, Mark Nicdao, and JC Buendia, which are Filipino icons in the field of the arts, are the judges for proclaiming the winners.

This event aims to give deserving artists a platform for them to be recognized and an opportunity to develop them more profoundly as artists. 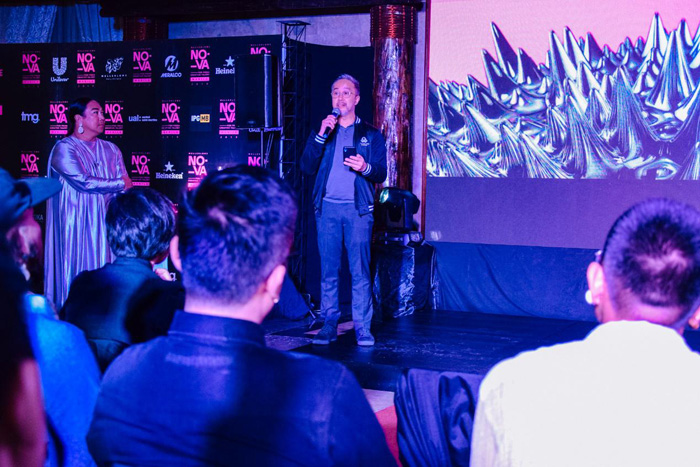 The final awarding will be held on November 29, 2019 in Poblacion, Makati.

This article was originally published on Manila Standard