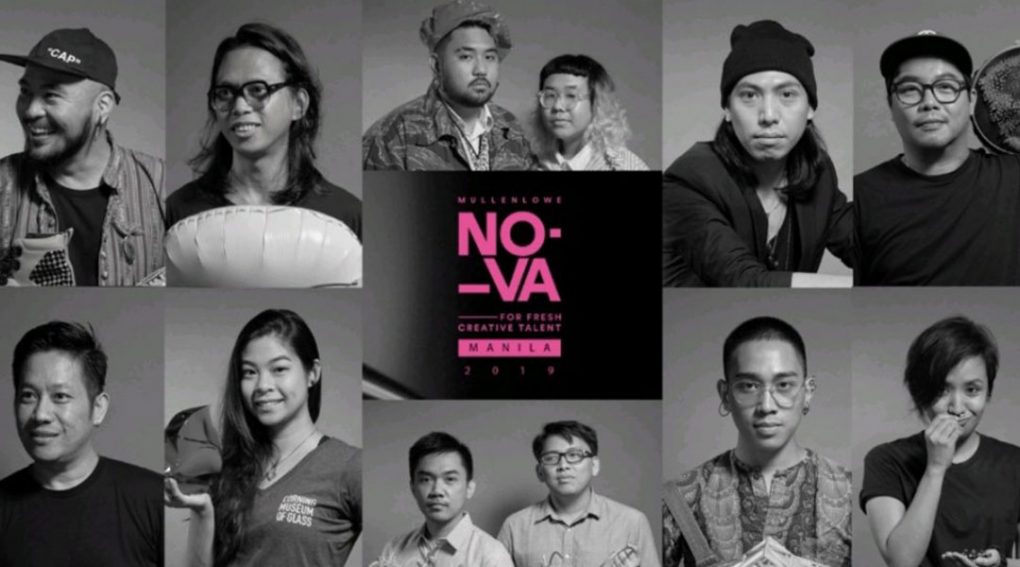 The shortlist for the 2019 MullenLowe NOVA Awards Manila, which celebrates the work of the Philippines most talented artists, has now been announced. Voting for the YourNOVA ‘People’s Choice’ Award will open later this month.

The 2019 MullenLowe NOVA Awards Manila engage Filipino visionaries and industry leaders with the goal of supporting emerging talent, creative excellence and innovation. “Bringing the MullenLowe NOVA Awards to Manila is our way of giving back to the bigger design and arts community that in a way, allows industries like advertising to thrive with fresh creative talent that challenge the norms,” says Alan Fontanilla, Managing Director of MullenLowe Open Manila.

From a shortlist of 10 artists, 6 prizes will be given out: The Grand Prize, two Runners-Up, two Special Prizes from our partners, and the YourNOVA ‘People’s Choice’ Award. The Grand Prize recipient will receive a short-course scholarship supported by leading art, design and performance college, Central Saint Martins, University of Arts in London.

The judging panel consists of icons in the Filipino world of art, design, fashion and photography, including Kenneth Cobonpue, Leeroy New, Len Cabili, Mark Nicdao, and JC Buendia. All shortlisted entries will be exhibited at the final awards program to be held on November 29, 2019 in Poblacion, Makati.

The 2019 MullenLowe NOVA Awards Manila has been made possible thanks to our partners at Unilever, Meralco, Heineken, WheninManila.com, TMG and MullenLowe Group Philippines.

The shortlisted students are:

Marking his fresh venture into sneaker fashion, acclaimed designer Custodio explores the path of sustainability: from a community in Baseco where the pre-consumed foils are manually cut and folded into strips, to its weaving in the small town of Pililla, to finally getting assembled in Marikina, the country’s shoe industry capital. The result is a collection that is all artful, sustainable and wearable. 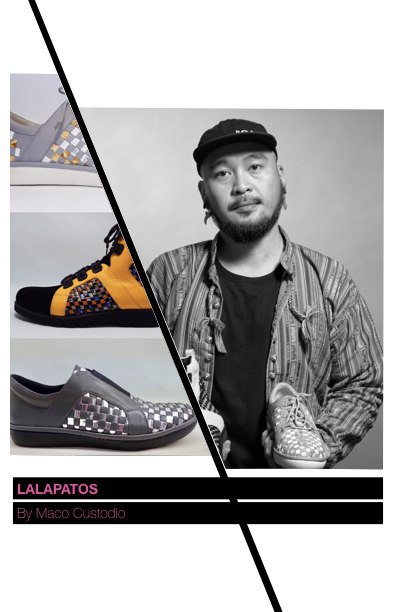 Through the use of silk-screened prints, balloon and resin, Fernandez tries to make sense of the fleeting and temporal: a balloon gets filled with air, bursts, deflates, then disappears. A reiteration and replication of the ‘garapata’ aesthetic he is known for (garapata is a multi-legged tick in Filipino), the entry was inspired by a recent medical scare, and ultimately, the transient value of life. 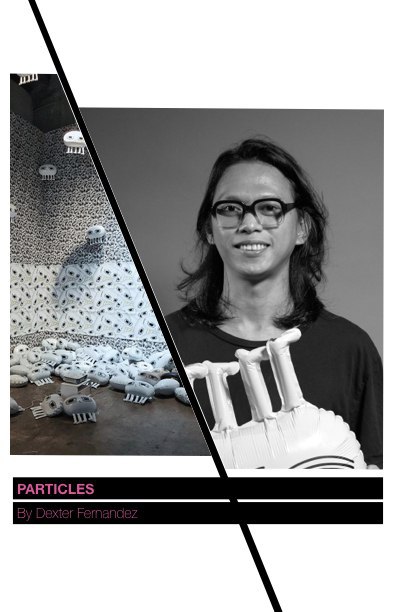 Known for images that hover between a photograph and a painting, MJ’s process of creating his masterpieces is notoriously intricate and tedious – from photography, to chemical treatment, burning, scratching, and eventually, digital manipulation. The result appears to the viewer like a dream: mysterious, distorted, majestic. 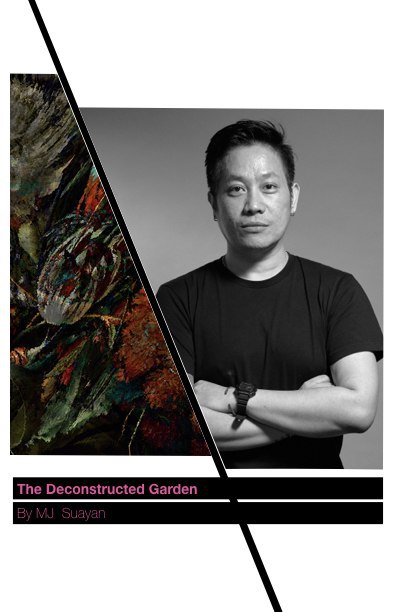 ‘Non-space, Paronama’ is a triptych that features a data landscape made up of overwritten images that was made to comprise a panorama. By using a panoramic glitch to overload and produce a fake image, Ocol generates a “non-place” which was then made to exist as institutional structures in real space. Stirring and reflective, the entry is a fine detail on a generation’s fixation on the ‘immortality of data’ – and its eventual effect on history and culture. 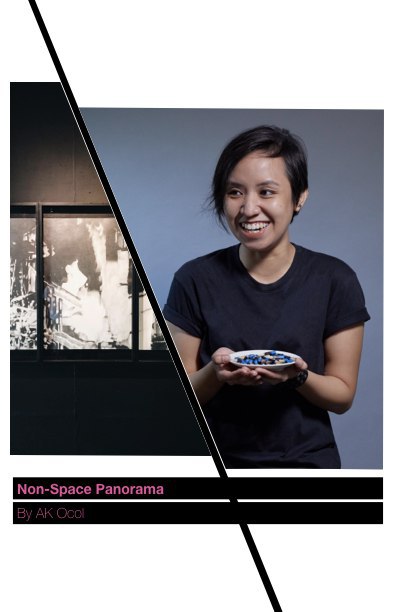 A monument to ‘make history public and enduring,’ Nadera’s entry attempts to immortalize the forms, materials, and processes consistent to the design of the Philippine High School for the Arts’ Makiling Campus as they move to a new one in Bay, Laguna. Design elements from the old building are featured and celebrated: from its bahay kubo-inspired cottages, to its Ifugao motif-inspired cement tiles and surrounding native trees. Together, students and workers construct a house made from ‘shared memories’. 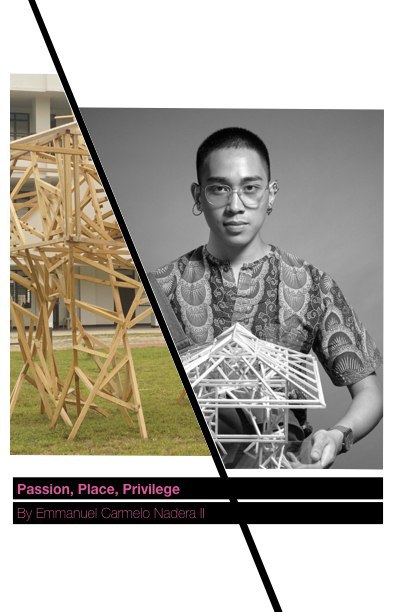 Inspired by the myth of Icarus and the perpetual struggle of Sisyphus, ‘The Labyrinth’ is a commentary about how man devices things to trap himself consciously or unconsciously; only to yearn in the end for a great escape. By employing handmade techniques, basic machines, and spontaneous weaving, Lorico’s piece is symbolical of the quiet and violent clash between the modern and the natural world; humanity – its suspect and victim. 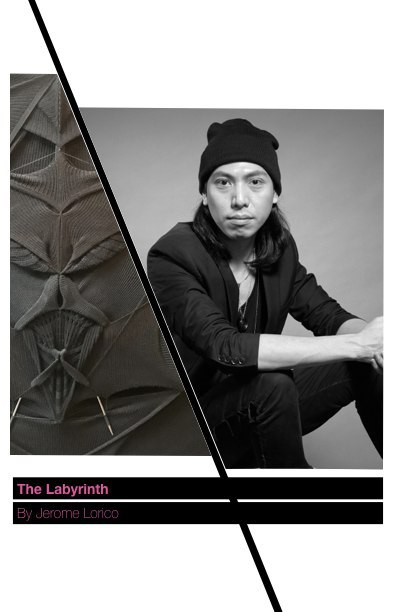 An ode to her father, world-renowned artist Ramon Orlina – ‘Mon’s Drian’ is a play on words on Ramon’s name and his favorite artist, Piet Mondrian. Made from optical glass that is coldworked and laminated, the art piece demonstrates the eccentricities of both artists as they find their own space within Anna’s handwork. 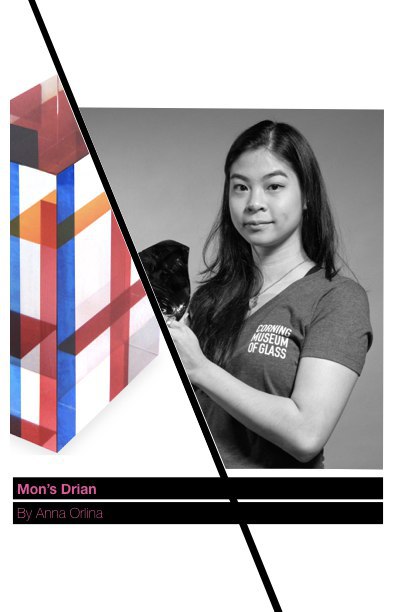 Technically a water filtration system – ‘Within Water: Beyond Water‘ brings to life the beauty and wisdom of water: Its artistry, transparency, reflection. Impressive and towering, the art installation intends to draw the viewer beyond the ‘simplicity’ of the filtration process, which the creators perceive as a deeper philosophy to life. 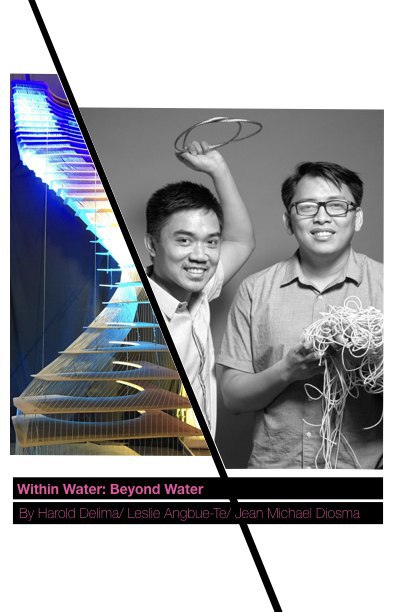 “The ‘Mama, Mama! I Feel Quaint’ collection talks about emotions that are in limbo, of not feeling neither joy nor sadness,” its creators described. Tangible forms of these feelings are represented and fitted on deconstructed mannequins: Corded tubes are bound together and hemmed by tulle, oversized hand-shaped textiles hover at the sides, and cotton-filled tubular pieces collectively envelope a mannequin with a huge round piece for a head. It’s a collection that is not only avant-garde but also evocative. 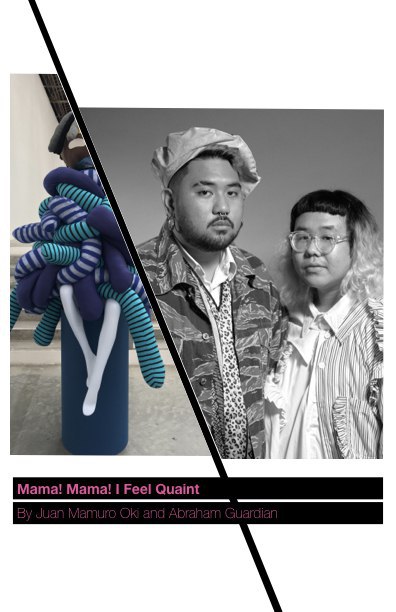 With accessories using upcycled plastic, wood beads and recycled upholstery leather backing, Samudio and his team of disadvantaged artisans mimic the color, texture and beauty of the coral reefs through fashion accessories and jewelry. The message is clear: Samudio, a biologist by education, challenges the viewer to look deeper into the real purpose of his fashion. 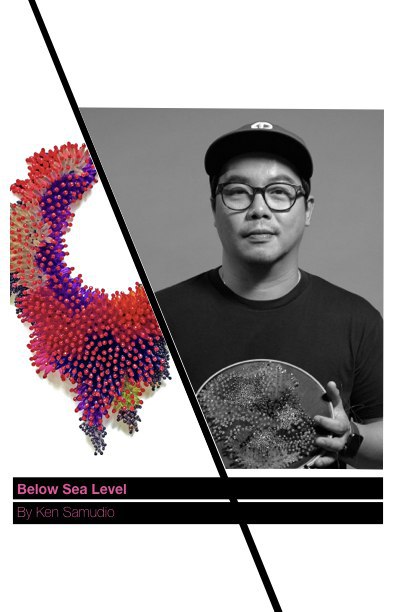