The Metaphors Of Migration 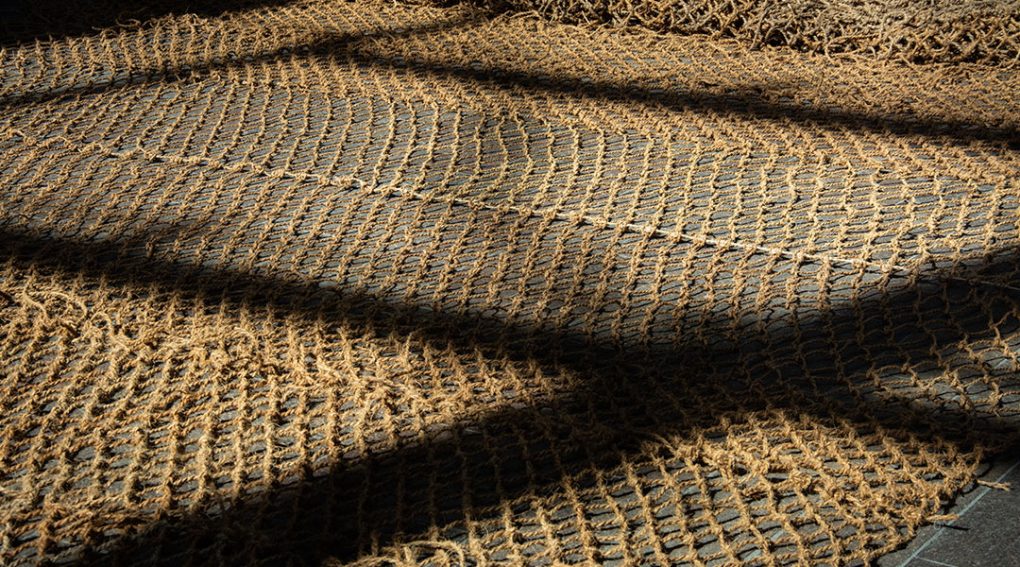 We join the dots in Show One: Art by looking at work that takes different perspectives on migration and movement from the personal to the political.

A 17-metre handmade net spreads across the floor in Show One: Art. It is the work of MA Fine Art student Mita Vaghela and the result of many hours spent knotting coconut fibre coir.

Explaining her starting point for the piece, Vaghela says: “I’m a daughter of double diaspora. My parents came to England from India via East Africa. They were displaced and although I was born in Britain, I felt like I was too. At home, being part of a diaspora, my parents were trying to hang on to our culture, outside of the home there was a lot of racism. During the early 70s when I was born, racism was open and frequent… Like a lot of my peers we had two ordinary lives and it was very binary – it was one or the other… I’m too brown to belong to this country and too white to belong to India. One of the things that people used to call each other was a ‘coconut’ – brown on the outside and white on the inside. It’s a slur but I started working with coconuts because I wanted to own that term.” 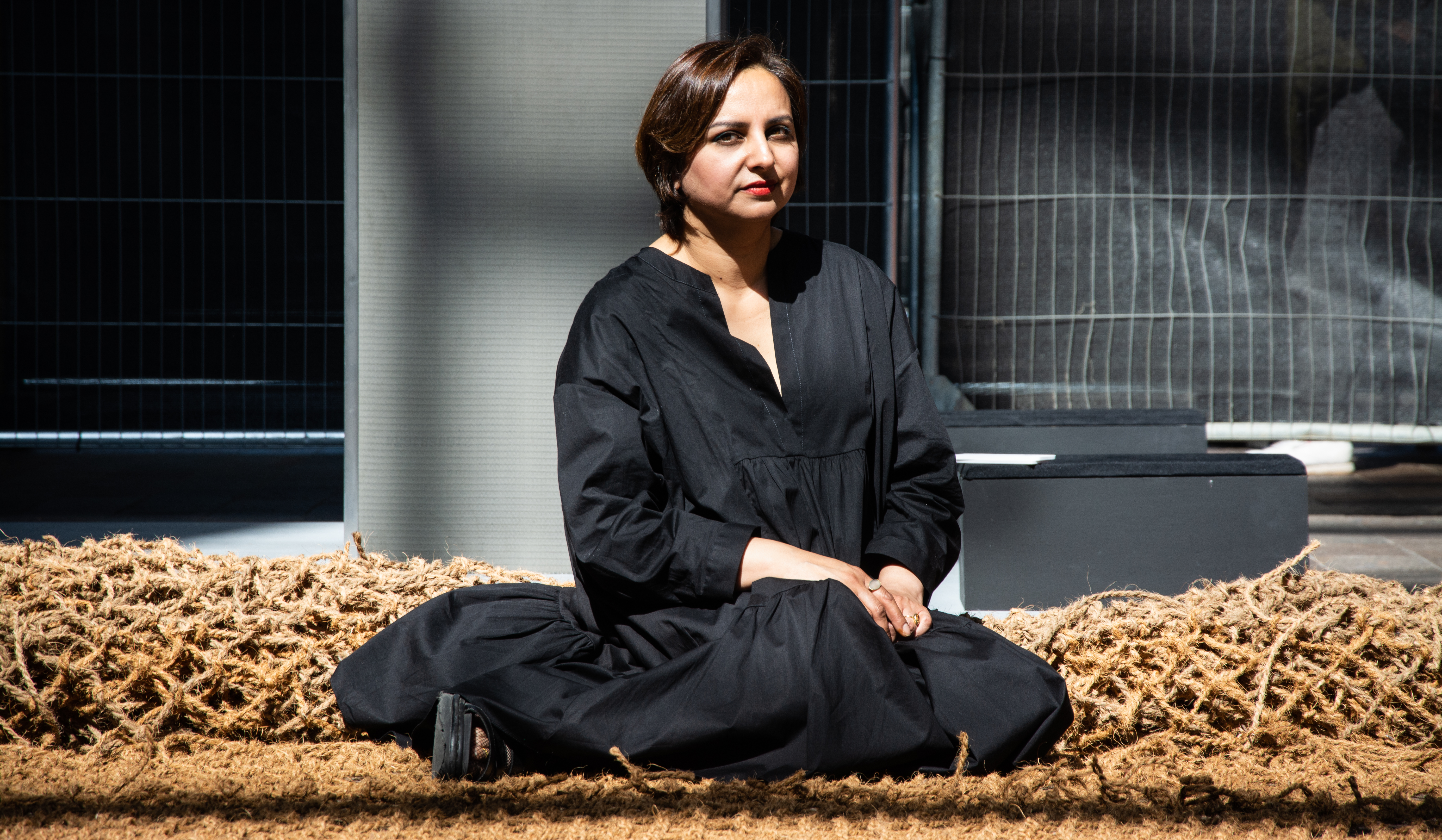 Coir is the perfect metaphorical material, a fibre found between a coconut and its external shell. Using macramé technique as inspiration, Vaghela set to work or ‘play’ as she refers to the process: “Play is a form or research. A form of experimentation… My hands are doing something but my mind is free. While I’m making the net, the net is making me.” The process of repetitious handmaking was crucial in creating a psychological space for her thoughts to wander from the mundane to the fundamental. Having made four metres of net, she placed the piece in the large open location allocated for her degree show. “It looked like a postage stamp,” Vaghela recalls, so four metres became seventeen. A quiet material transformed into something extraordinary through singular effort.

The Net isn’t a didactic work; Vaghela is keen the viewers approach and navigate it in an open way. “I might as well be a news reporter and say this is how it is. I don’t want that,” she says, “everyone has their own experience, history and thoughts and I want them to bring that to the work. If it speaks to them then it speaks to them.”

Talking about current moves to decolonise curriculums, Vaghela reflects on her experience: “There’s a reason that people of colour don’t feel like we belong. Our history lessons didn’t include us at all. I think there really needs to be a shift on that. I’m 45 years old and there are things that I’m learning about now.” The Net is indicative of that experience, an individual endeavour to explore a history that hasn’t been present in public discourse.

Has the process changed her relationship with her identity? “I came to this place where I thought that I’m not just British or Indian. I’m British Indian, I came to terms with it. My identity isn’t a binary thing. My self-identity has shifted from this or that, to this and that.”

In MA Art and Science, Sabrina Mumtaz Hasan is exploring the political representation of migration from a cross-disciplinary perspective. At the start of her Master’s, Hasan wrote on her Socio-Parasitology Manifesto, a text about the value and uses of parasite as a social metaphor. “The positive parasite is one which produces space for productivity to happen, from the new change that is made. The parasite is a cyborg, a connector, a form of contact, an interruption, a noise, a mask and a transformation,” she wrote, “being parasitic should be celebrated and is inevitably part of human nature.” 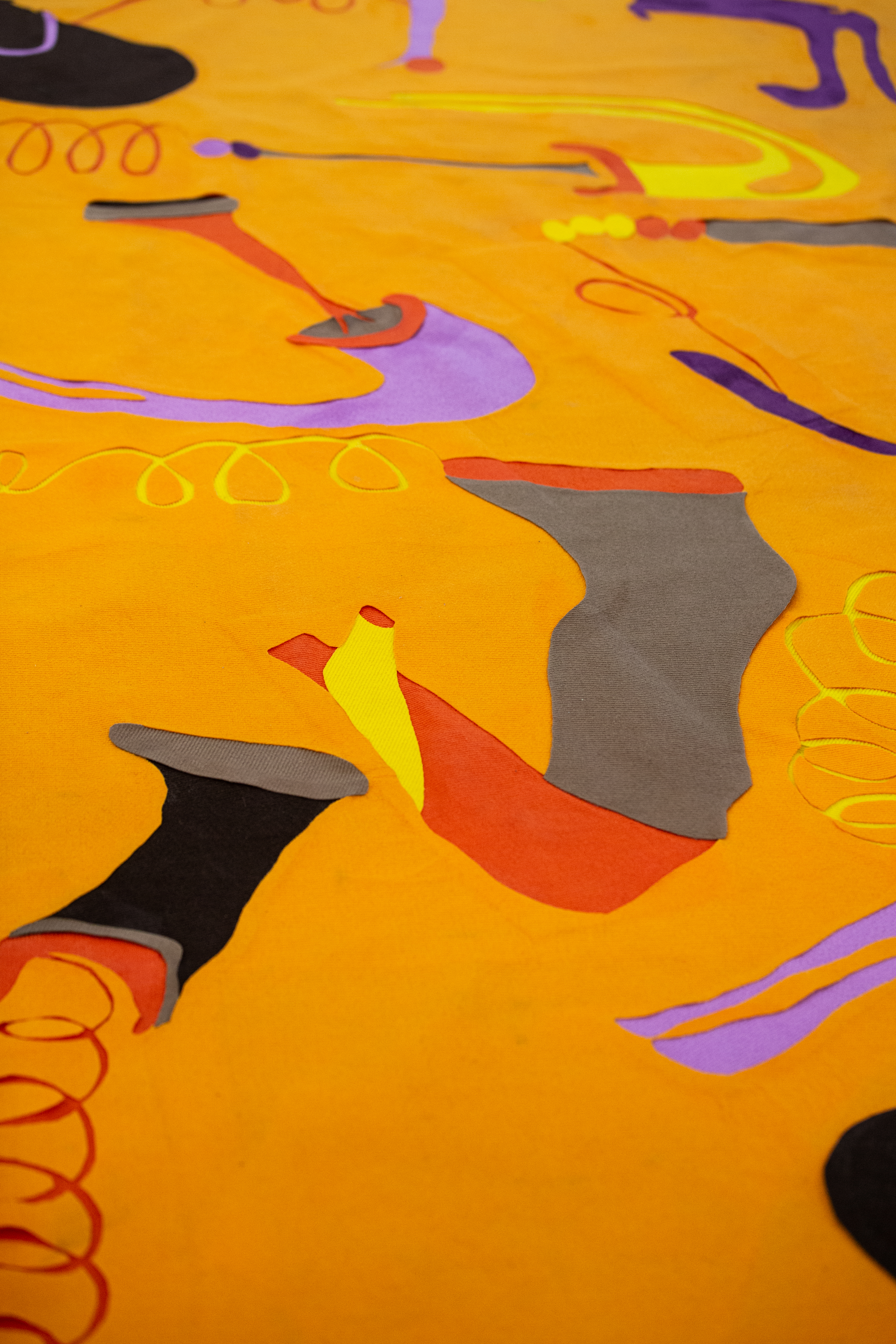 Witnessing the use of the parasite metaphor with growing frequency in media to refer to migrants and migration, Hasan’s response is to turn that on its head. Collaborating with scientists at the London School of Hygiene and Tropical Medicine, she researched the positive ramifications of the helminth ingestion, a particular kind of parasitic worm.

Hasan’s installation presents an abstracted incubator space, complete with heat lamp, in which people can sit while listening to a reading of five lectures detailing the research into media representations, uses of metaphor as well as her own critique of her original manifesto. This is a resource, one in which the audience is welcomed as parasite too. But, what’s crucial for Hasan is that her audience can dive in as much or a little as they want.

What Hasan has created is more complex than protest. Her practice, from installation to her cross-disciplinary curatorial work, offers an interplay of visual and text, of art and science, all to change the story. “There’s still so much work to be done,” she says, “I won’t be finished making this kind of work until there’s a shift in politics. If I can have any contribution so immigrants are seen in a more positive way then I’ll be happy.”

The connection between identity and migration appears in smaller, more local ways with the work of Jacob Bullen, BA Fine Art. From Greater Manchester, Bullen began making films on Saddleworth Moor as a way to archive a place he had called home but from which he had become disconnected: “The Moors are something I remember and it’s a good representation of my relationship with Stockport – bleak, beautiful, odd and, sometimes a bit shit.” 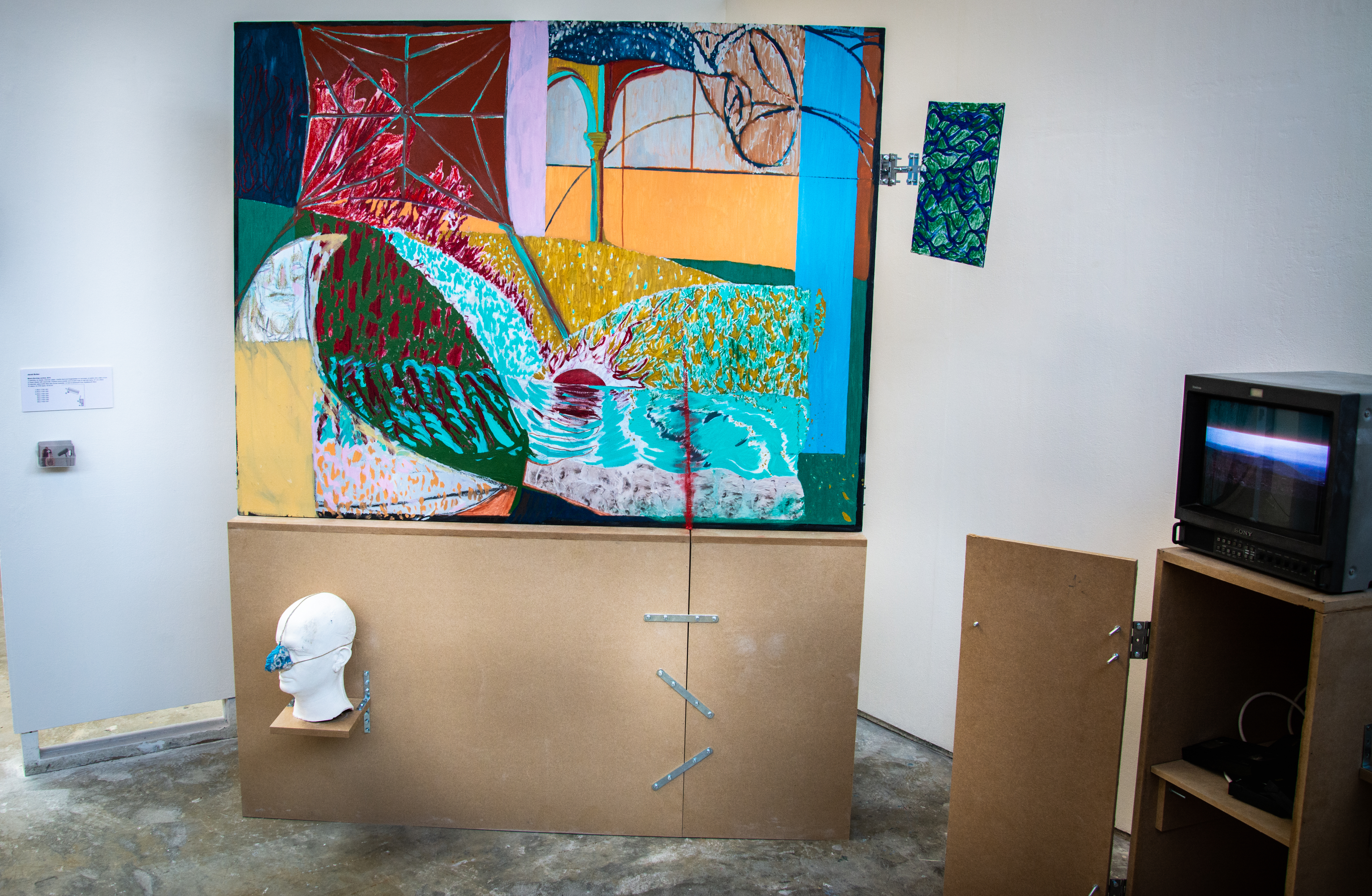 Returning to London for the start of his third year he shared the films with his classmates and then news came that the Moors were on fire. “Almost comedically, every time my petty Northern dysphoria flared up, the real Moors would too,” he recalls. The Moors became a symbol of both a mythical home, a sense of Northern-ness, but also – as they were ablaze – they gave form to Bullen’s tangle of guilt and resentment since moving to London. “I was becoming obsessed with simulacra. I had made a virtual, digital moors and the real one had become temporally lost and detached… I was so confused about how I felt about the north. And then every time I started doing something else it would set on fire again.”

Combining painting and film, Bullen presents a vision of landscape, a personal mythology. Imagery of church architecture and gargoyles sit alongside the films – plus a little stolen peat – creating a pseudo-altar complete with relic.

This is Bullen’s first autobiographical work and his process hasn’t been without tensions and insecurities. Faced with the prospect of having to move home, to save money once he’s graduated, Bullen confesses his mixed feelings. “Guilt is a big thing that’s been coming up recently,” he says, “for moving to London, in the first place, and while I’ve never been not welcomed [in London or Manchester], I don’t belong in either place and I feel guilt about that.”

Both Mita Vaghela and Jacob Bullen have been shortlisted for the MullenLowe NOVA Awards this year.