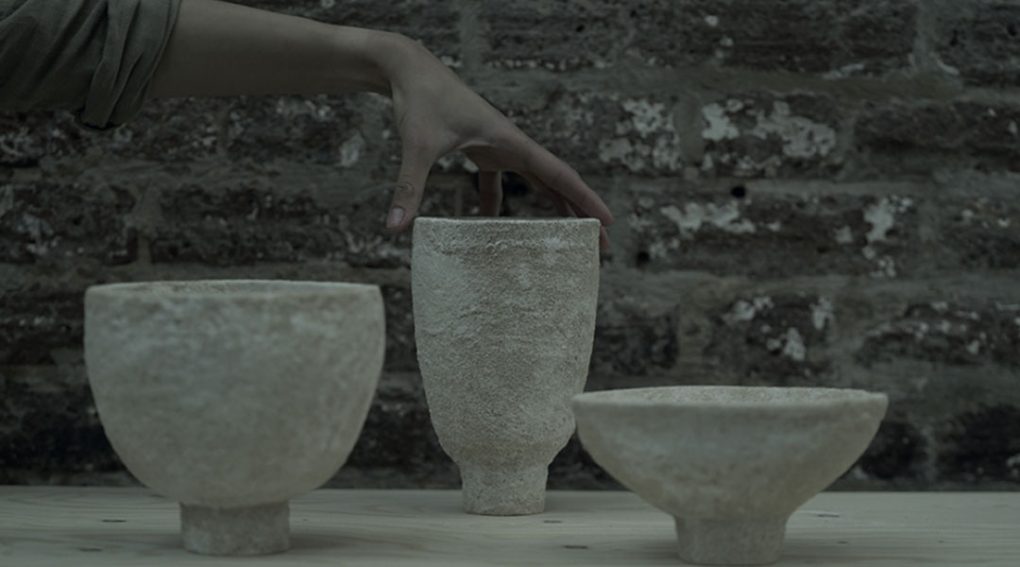 From the towering tree structures propping up the cavernous roof of Gaudi’s Sagrada Familia to Japan’s ultrafast shinkansen (bullet train), modelled on the aerodynamic structures of the kingfisher, creative thinkers and engineers have long drawn inspiration from the natural world. George de Mestral invented Velcro when he observed the grappling mechanism of prickly burrs sticking to his dog’s furry coat.

But as we grapple with environmental and climate crises, creatives are looking not simply at what they can take from nature, but how they can work with nature. And that mentality has been beautifully encapsulated by Nikoleta Chrysikou, winner of this year’s MullenLowe NOVA awards. Her project, ‘BacTerra’, disrupts centuries-old ceramics techniques, which is carbon-heavy and creates a lot of waste, by working with bacterial processes.

For MullenLowe Group’s chief creative officer Jose Miguel Sokoloff (who has been a champion of the MullenLowe NOVA Awards for a decade), BacTerra had both a beauty and a functionality that spoke to him. It also provides an insight into how creatives can leverage biology to solve all sorts of social and industrial problems.

“Not only is it a very aesthetically pleasing product, but there are so many things that we can use it for because of how widely used ceramics are today, and I think that’s really inspiring,” says Jose Miguel. “Wouldn’t it be a great contribution to the planet if we found a way that ceramics could go back to the earth? There would be so much less waste that dumps would be obsolete! Central Saint Martins’ students, and winners of the MullenLowe NOVA Awards, are showing us these solutions are possible. It’s not something I would’ve thought about 30 years ago which is why this thinking and the way they’re solving real-world problems that touch every one of us is so inspiring.”

Curiously, Nikoleta’s project was borne not from a desire to save the planet, per se. Instead, as Covid-19 forced her into isolation, this keen craftsperson and potter found herself struggling to express herself.

“Having no access to workshops or outdoor space, my main problem was firing my pieces. At this point, I understood how dependent I was on my current equipment, but I also had time to rethink my own practice as a designer and realise the impact of my beloved craft on the environment,” says Nikoleta. “So, I started wondering if I could create ceramics differently. What if the next breakthrough would be self-fired ceramics? Instead of associating this material with high temperatures, maybe there was room for creating pottery without firing at all. Having this desire as my starting point, I began the journey of exploring how the pottery of the future could look; ceramics that are more sustainable, embracing new processes and techniques.”

And so, Nikoleta embarked down a rabbit hole of discovery and invention in her search for a glaze, starting in her kitchen. While most biomaterials were not sufficiently waterproof, but powdered eggshells seemed to do the trick. They’re largely made of calcium carbonate, which is also found in rock minerals like calcite and aragonite. Where things got really exciting was when she learned this substance could be produced naturally by bacteria.

“I read various scientific papers on this topic, and the next step was to contact those people and learn more about this promising process,” explains Nikoleta. “I had the pleasure of discussing this with two scientists from the University of Cape Town, who helped me understand the basics of this biological process and gave me some suggestions to start on. Then, through a lot of experimentation, failures, and tests conducted with the valuable help of Shem Johnson at the Grow Lab at Central Saint Martins, I managed to develop this new process of creating ceramics.”

Like many artists, Nikoleta has long drawn inspiration from the natural world – mimicking it or trying to reproduce it – but BacTerra has fundamentally turned her understanding of the relationship between artist and nature.

“Nature has always been a source of inspiration for my work. But only during the challenging period of the pandemic did I realise the importance of nature as a co-creator in my design practice. Rather than trying to mimic or imitate nature, we need to start observing the environment around us and understand the beautiful mechanisms of the natural world. It’s an impressive moment when you realise the solution you were searching for has already been answered by nature. The combination of nature with technology can lead to new paths, discoveries, and innovations.”

Nikoleta acknowledges that some artists and creatives may feel intimidated by the worlds of biology and biotech, but, she says it’s a more welcoming world than she had expected it to be.

“It may seem scary to indulge in this biotechnological world, as it is an unknown field for many designers, but it is worth the chance. It needs curiosity, love for what you do, and a desire to expand your world,” she says. “I was so surprised by the responses I got from people wanting to help me with my project. So, my advice to new designers that want to delve into this world is: do not be afraid to fail and be open to asking questions and sharing your findings. Wanting to learn and try different things is the key to deepening your knowledge. This knowledge can come both from researching and talking with experts but also from the journey of experimentation.”

There is much for creative to learn from the project. One is that it’s an example of innovation that is both surprisingly disruptive (bringing new ideas and tech to an ancient craft that few had pinpointed as ripe for a sustainable overhaul) and yet so disruptive that it gets in the way of the fundamental purpose of the craft.

“The beauty of this project is that it doesn’t really disrupt the fundamental use of ceramics because at the end of the day, a bowl is a bowl. Instead, it disrupts the way we make ceramics and then how they’re discarded. It’s those two ends of the spectrum where disruption is needed the most,” says Jose Miguel. “This project demonstrates that every area is ripe for disruption. In our business, the process of where we get inspiration from, how we create work, and where we distribute it has to be disrupted because the end product (i.e. selling things) isn’t going to change. We’re ideas people after all, so we can play an important role in helping humanity exist and flourish without leaving a trace.”

If nature is a co-creator, biotechnology and biologically-informed design are less about distorting or exploiting the natural world than working with its natural processes – and that could be central to a sustainable future for society and businesses in the future.

“Biotechnology is a form of making; planting, seeding, growing, and creating new life. Humans have been manipulating living things for thousands of years, so it is not a new concept; Fermentation, for centuries used to make traditional products like bread, beer, cheese, wine, and yoghurt, is now being used in fields other than food. Industrial biotechnology, one of the most promising technologies around, has the potential to address some of the most challenging problems we are facing today. One promising area, with a large implication for sustainability, is the creation of alternative/novel materials that have new capabilities and applications, are biodegradable and can be produced with less carbon emissions. The potential of using biotechnology is enormous if we think that most of the physical inputs to the global economy could be produced biologically. Given the breadth of change that likely lies ahead, businesses and governments need to focus on this field if they want to move towards a more sustainable path and seize the benefits in a way that ensures innovation is safe for society.”

That’s a mindset brands and businesses are slowly coming round to. As Jose Miguel points out, brands or companies that ‘don’t embrace this kind of thinking will be left behind very quickly’.  “Many businesses, including Unilever, are starting to look at ways to deliver their products in a more natural way,” says Jose Miguel. “We still see a lot of plastic, but I’ve seen examples of packaging that can go back to nature, like eco-foam packaging that looks and acts like polystyrene until it meets water, then it dissolves like corn starch, or paper made from algae. Many things are now completely biodegradable and while it’s not prevalent everywhere, it’s something that’s happening more and more.”

But what Nikoleta’s project shows is that there’s lots of room for creative thinking in this space – and that the next big bio innovations may come from the most unexpected spaces.

“What Nikoleta has been doing is how we’re going to do things in the very near future,” says Jose Miguel. “Nikoleta has created ceramics that don’t need kiln-firing to start a conversation about the promising possibilities of biotechnology within pottery. The potential of this is enormous – if it works, it works, and people will start demanding it.”

This article was originally published on LBBO 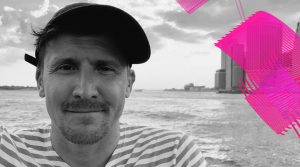