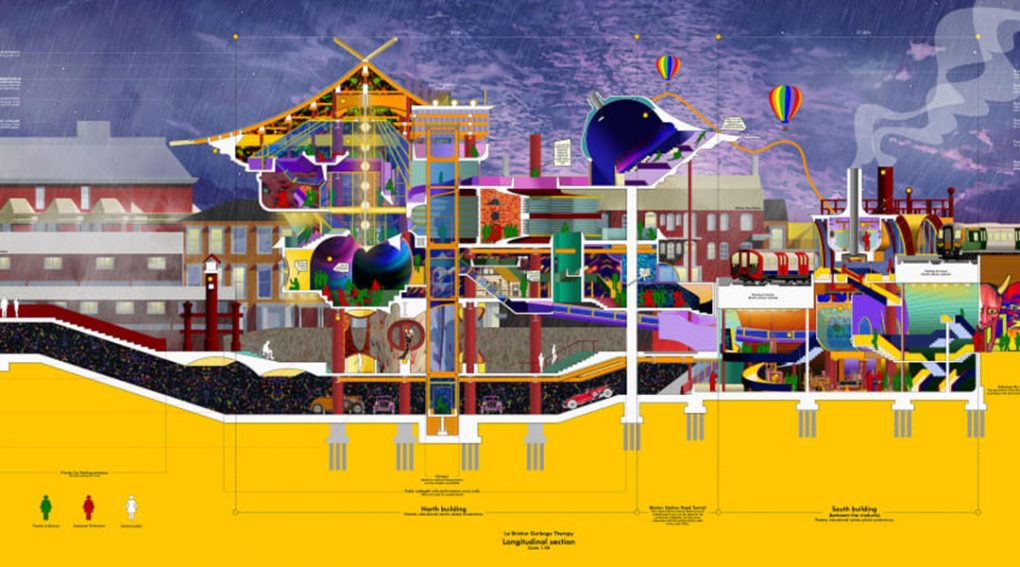 Throughout Show Two: Design, Central Saint Martins is celebrating the work of their graduating students and asking them to share the process behind the practice.

For his final graduating project from BA Architecture, Minh Le Pham imagined himself, Yoko Ono and Wes Anderson together creating an immersive theatrical experience and a plastic recycling centre under one building plan. 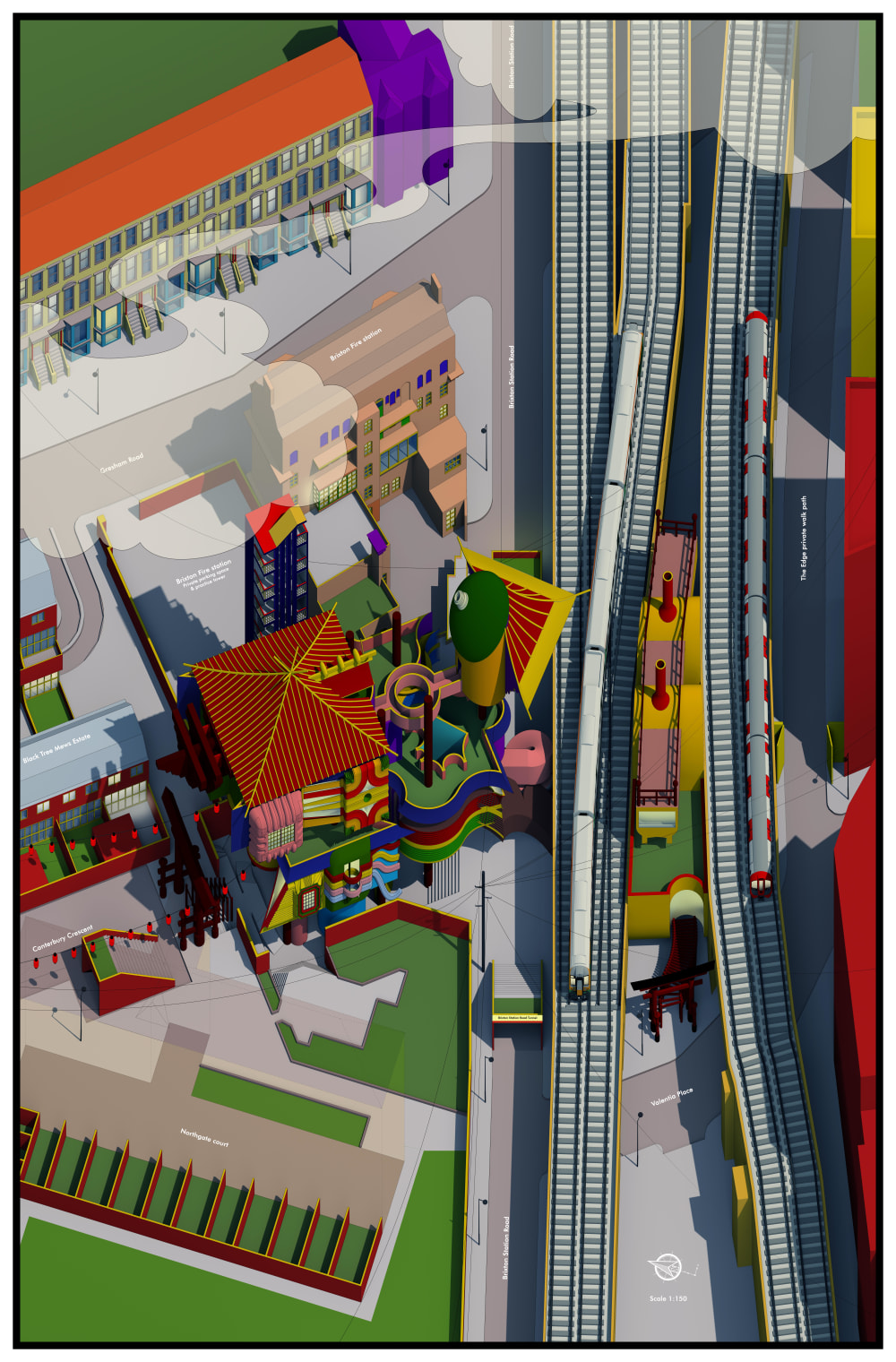 It was my grandmother, who taught me many philosophies and inspired me to create this plastic recycle project. She experienced two periods of war and poverty in Vietnam, so she would recycle and keep every single thing in our house. You name it, she kept it. She could turn any discarded item into something useful. Our house grew into a little ‘garbage landfill’, but was always very well sorted. So well organised, in fact, that whenever you need something she can point out exactly where the item are kept. She is 94 years old now.

I have the same habit, I rarely throw anything away. My final project, Le Brixton Garbage Therapy, is a way to expand her legacy.

Plastic may not appear so attractive to us now, we consume it at such a fast pace it has become a symbol of pollution. Plastic is a very long-lasting material, up to 500 years, though this longevity means that it often ends up floating in the ocean rather than being exploited purposefully. The first ever made plastic is still prowling among us, if not exhibited in a museum. We all agree that we need to start recycling, reusing, and rethinking plastic. This time we shall take it as serious as Mr. Plastic. We may leave polymer money and plastic houses for the next generation to inherit, but let’s not put plastic landfills on a list, the planet is not only ours.

Plastic pollution has been a concern since the 60s and 70s. We hear the boring facts and information that every time we throw another bottle out, we just think, “it’s just one more”. But if it lasts for centuries then that’s centuries of guilt.

I was inspired by Yoko Ono, the way she uses art to raise awareness of political and social issues. In response, I thought of something that can really engrave the plastic problem into people’s minds, something that they can be immersed in and be part of the healthy solution. Le Brixton Garbage Therapy is an immersive theatre and plastic recycling centre where the public experiences stories of plastic. People can bring their waste to be recycled and see every part of the process. But in the evening the machines become part of the stage and the workers become performers. As you get involved you become part of the community, and you’ll think differently next time you throw away a plastic bottle.

For example, there’s a bottle planetarium where the audience is invited to be a piece of plastic. They can imagine from the day it was produced and then being used and then finding themselves squeezed out in the landfill. It’s a difficult story, and one perhaps they wouldn’t like but it’s key in raising awareness. Perhaps then they’ll be less cruel to plastic.

I’ve always enjoyed Wes Anderson’s design within his films, those symmetrical views and signature spatial relations. His most recent animation, Isle of Dogs, tells the story of dogs sent to a trash island, situated in Japan. Each piece of trash is designed and carefully put together by a stage design team. They appreciate the beauty of trash and create trash spaces out of tyres, plastic bottles and other plastic materials. It’s a spatial design constructed entirely out of trash.

Are we still in Brixton?

I used Japanese-style architecture for Le Brixton Garbage Therapy which seems a little incongruous. It connects to Yoko Ono and Anderson’s Isle of Dogs but really it’s meant as a provocation of Brixton’s gentrification. The area has change so much, the developers are changing it and the buildings are becoming generic. I want to highlight that and provoke my building users to question themselves, are they in Brixton? In addition, contradicting to its gentrifying appearance, the building actually celebrate and bring back Brixton’s notorious theatrical vibes, at the same time cleaning up the area’s plastic pollution.

Minh Le Pham has been shortlisted for the MullenLowe NOVA Awards. Click here to vote for his project to win the YourNOVA Award.